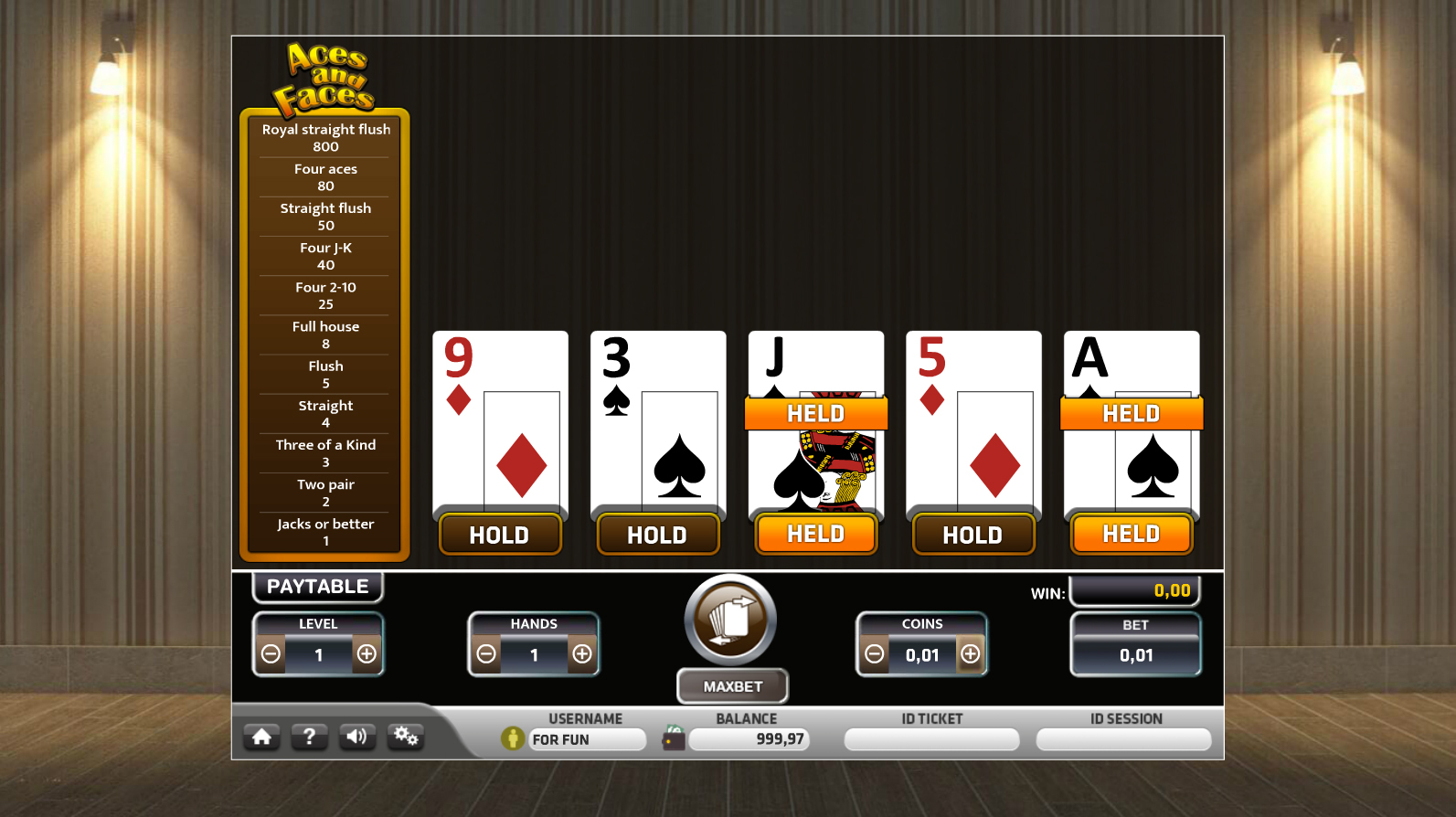 Aces and Faces is a video poker that follows the rules of poker with regards to dealing and scoring. In addition to the normal poker hands, we have Four Aces, four cards of the same value between j and k, four cards of the same value between 2 and 10, the Pair of Jacks or better, made up of pairs of Jacks, Queens, Kings or Aces. In the game, only one deck of 52 cards is used where the cards are reshuffled for each hand. Each hand is played with a separate deck and each deck is exchanged for a new one after each play. 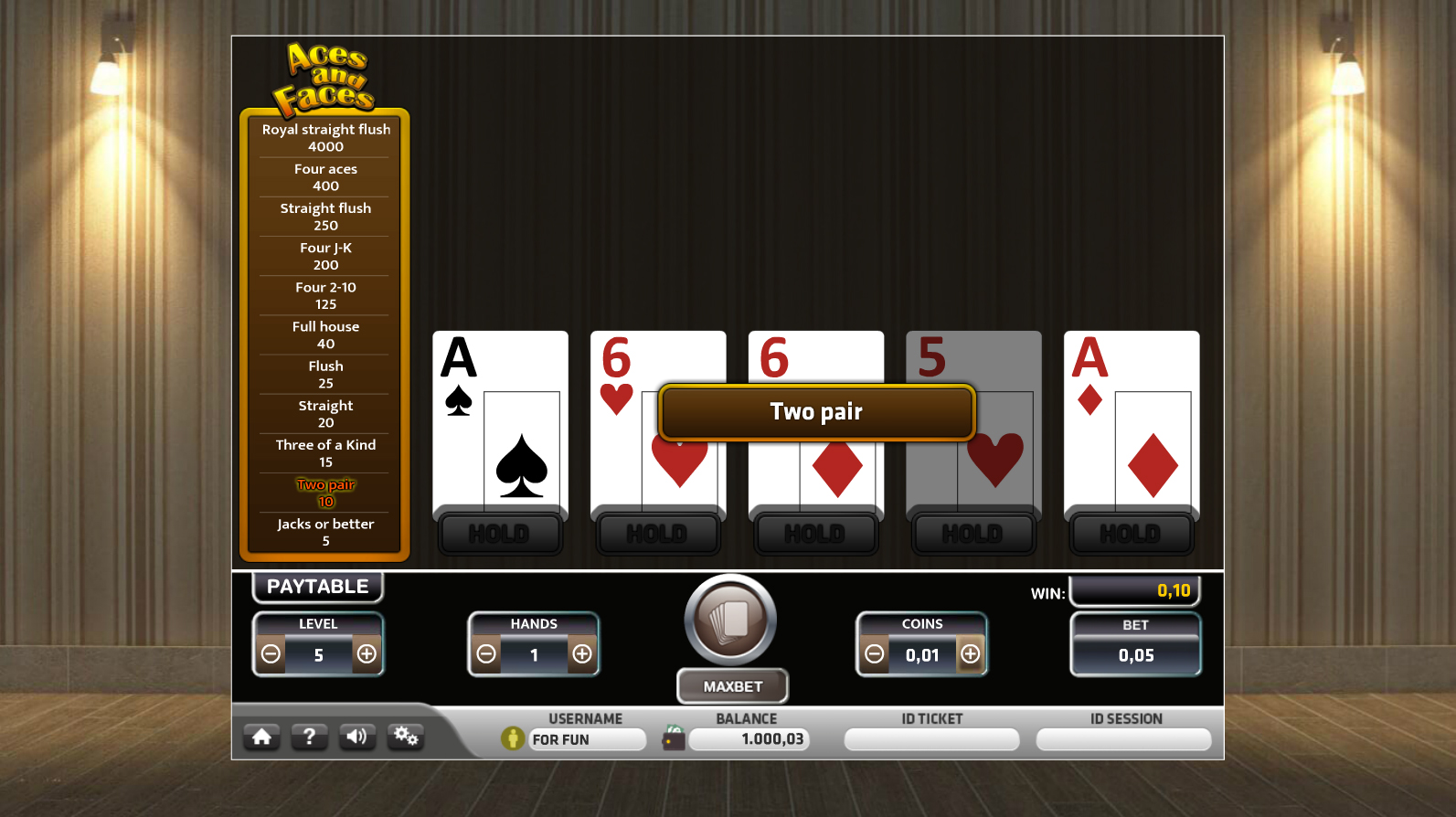