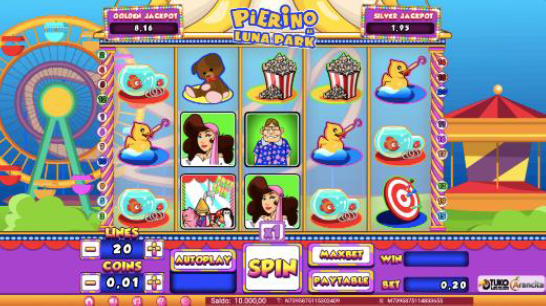 Pierino is in an amusement park, playing the rogue as usual. We are talking about Alvaro Vitali playing the role of Pierino in the famous Italian comedy, a character that everyone knows, from the oldest to the youngest, perhaps because there is a bit of Pierino in all of us.

The characters create a playful atmosphere as in Pierino's films: Pierino, the bully friend, the clumsy friend, the headmaster, the sexy teacher, and the fascinating lady of the park, a new object of desire. Added to these, we can find typical elements of the funfair: popcorn, the bear to win (for the teacher!), the rings to win the goldfish, the duck catcher game. 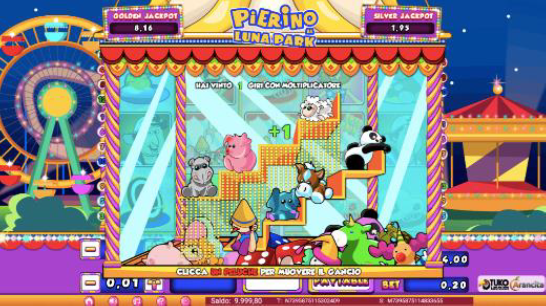 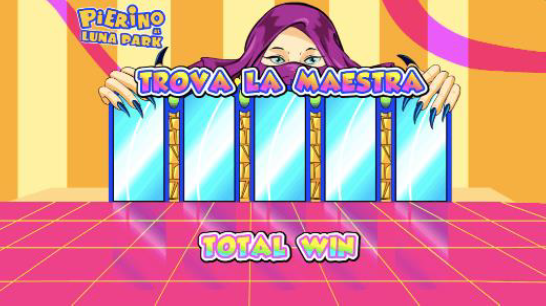 Wild Symbol: The blonde teacher is the jolly and it replaces all the symbols except bonus and scatter.

Free Spin Symbol: This is a scatter symbol (valid in every position it comes out) that can appear on reels 3,4 or 5. If you see three of these symbols in the same spin, you enter the "game of prize grabbing machines" where you can grab prizes including free spins and multipliers.

Bonus Carny Symbol: This is a scatter symbol, too, which can appear on reels 2, 3 and 4. If you see three of these symbols in the same spin, you enter the "game of mirrors" in which each winning mirror pays 5 to 15 times the total bet. The game can be activated only if there are no other bonuses in progress.