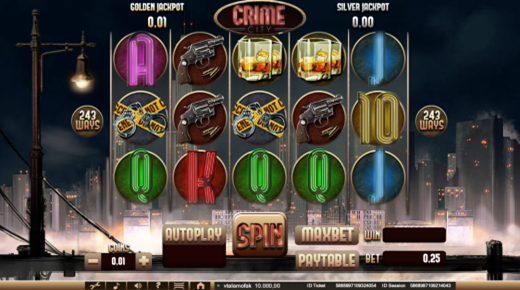 Who said that crime only hides in narrow, badly lit lanes of provincial towns? In Crime City, the underworld runs through the streets of a futuristic metropolis that is very reminiscent of Batman's Gotham. The theme is that of crime and the gloomy atmosphere of the slot has been accurately recreated thanks to the skyline of a dark city as a backdrop. Playing Crime City is very simple: it is a slot machine with five reels, 243 ways to win and bets of different values. It is also possible to play in Autoplay mode, by setting the number of spins using the setting buttons at the bottom of the game screen and get comfortable while the reels spin by themselves! 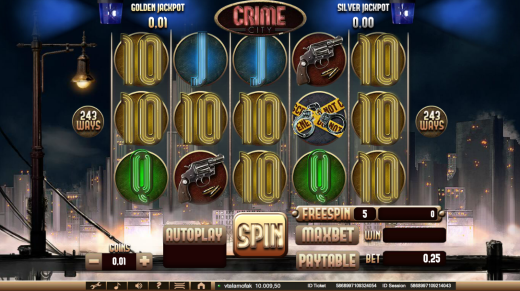 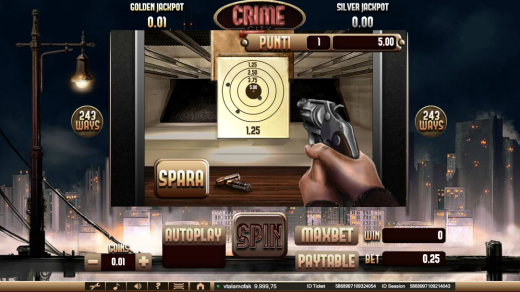 Wild Symbol: The Wild symbols can appear on all reels except the first and substitute all the symbols except Scatter and Game. One or more Wild symbols in a winning line multiplies the winnings by 2.

Bonus Symbol: The Game symbols can appear on reels 2, 3 and 4. Three Game symbols activate the Bonus Game with the possibility of further winnings during which the player shoots four times at the bullseye. The total winnings are the combined sum of the value of these four shots. The activation of the game occurs only if there are no other bonuses already in progress.